Honesty on the Tennis Court

I've always believed that bullies continue behaving as bullies because the majority of people around them allow it. Spoiled children and adults embrace their petulance because it too is allowed. What I've learned in the past 3 1/2 years of playing tennis is that the same behaviors are often allowed on the courts. Does good sportsmanship mean we “nice” our opponents to death, or are we justified in a little truth?

Recently, I played a women's doubles match in which one of the opponents was patronizing and annoying. She made two particularly obscene line calls between the irritating comments, causing my partner and I pretty high levels of angst. As the match continued, there were many opportunities for us to pull ahead, because we were the stronger team. There were numerous multiple deuce games and many long points. Both women on the other side had a maddening habit of hitting the balls that had rolled off the court high up in the air first to one side and then to the other without aim … causing the server to run back and forth along the back fence in between points. We actually discovered after the match that they had been doing this on purpose and were laughing as we ran.

In the second set, we were up 4-1 but continued to let our annoyance beat us. Each time we gave them a point through an unforced error, the more offensive of the two women would say, “Yes!” and pump her fist in the air … as if they had slammed down a putaway shot. Pumping your fist in Spring, Sunday afternoon recreational tennis at a mediocre skill level is overkill anyway.

Things went from bad to worse, and I flubbed the last shot of the match to give them the match win, my partner and I watched in disbelief as our opponents hugged each other without saying anything to us, walked casually to the back fence to pick up some balls and kept congratulating each other. We stand at the net and waited for them to remember that should shake our hands. We stand and wait some more. Finally, one of them noticed us, and they walked back toward the net.
Suddenly, something in me snapped. I have always striven to win graciously and lose with dignity. My partner and I just won the city finals in another league and waited until the other team had left the parking lot before squealing out our victory. I have been beat more times than I care to count and have never said anything other than “nice match” to people I felt did not exhibit good sportsmanship. This time, though, I thought to myself that it was very likely no one had ever said anything to this woman either. She did not win graciously, and I mentally beat myself, because I did not even care about winning … I just wanted to get off the courts.

As she approached, we all shook hands. The woman said, “That was fun.” I said, “No, I really did not have fun.” She looked surprised and said, “Why not?” I said, “You're one of the most annoying people I've ever played.” Her look of shock told me I was right in assuming no one had ever called her out on her behavior. She asked why I thought she was annoying, and I said, “I just found you extremely annoying. And you kept saying 'Yes!' when we missed the ball, which I thought was very unsportsmanlike. ” Then I walked off the court.

Predictably, she told everyone on her team in shocked tones what I had said. Interestingly, no one but her glared at me. In fact, all of her crews came over to chat one at a time until the entire day's final match was over, especially her partner. When the woman left with her husband, no one said goodbye to her, and she simply faded off into the afternoon. Her teammates became even friendlier after she left. Maybe I'm way off base, but the entire experience told me that she was indeed one of those people who not many people enjoy, but no one has the social nerve to tell her.

I do not think that means I should voice my personal opinion about everyone I meet. In this type of case, however, I do not feel an ounce of guilt or remorse. This woman was obnoxious and a poor sport, and in both categories, she was extreme. I did not curse at her or insult her or throw my racket. I think I simply said out loud what many people had probably been thinking. Maybe it did not do any good. Maybe she just blathered to everyone that I was just feeling sour grapes for losing. And maybe … just maybe … it made her stop and think. 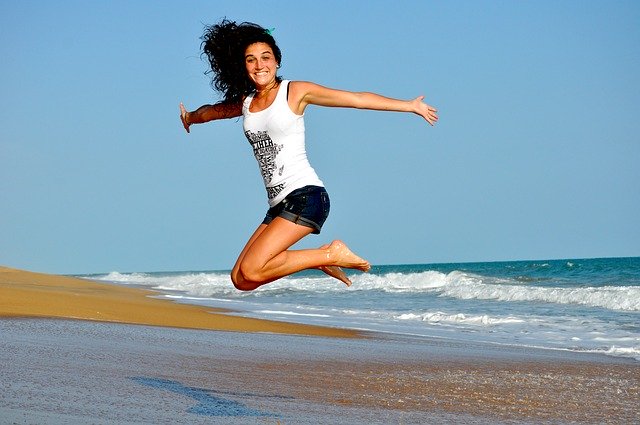